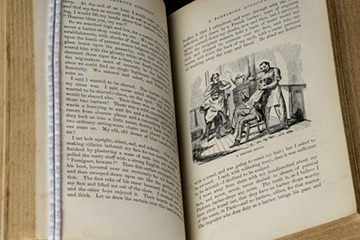 Nowhere is the diversity and the passion of America better represented than in its literature. From the earliest writers who drafted memoirs and official government records to the rise of the 19th-century novel to the culturally-prominent poetry of the 20th century, the writing of America is multifaceted in subject and perspective, analogous to its people and nature. Featured in Pepperdine’s Special Collections and Archives is a set of rare American literature selections.