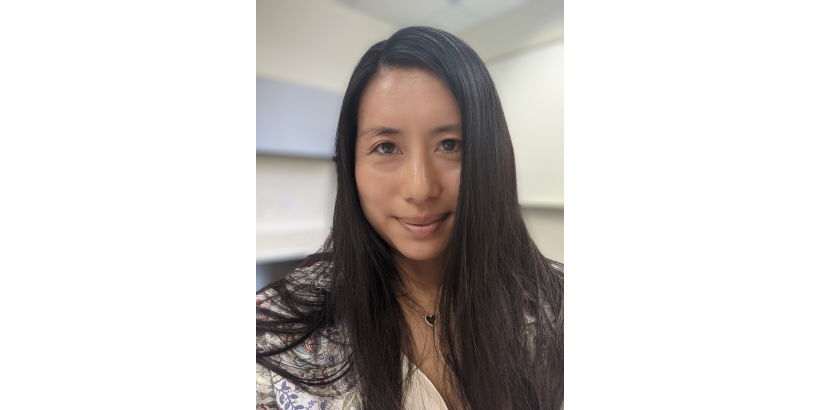 The Pepperdine Libraries Churches of Christ Heritage Center is pleased to announce that Jennifer A. Smith, associate professor of English, will be delivering the lecture for the annual Frank Pack Distinguished Christian Scholar Lecture Program. The talk, titled "Human Sin and Divine Love," is on Wednesday, March 9, at 7 PM in Stauffer Chapel.

In 1978, University leaders sought to commend the Gospel of Christ to the Pepperdine community through an annual lecture series, bringing in Quaker author D. Elton Trueblood for the inaugural lecture. The Thomas F. Staley Foundation of New York City funded the program starting in 1981, but in 2004, the Foundation ceased sponsoring lecture programs on American campuses. Because the lectures were so well-received by the Pepperdine community, the University continued the program and renamed it after the late Frank Pack, distinguished professor of Biblical studies who taught at Pepperdine from 1945 to 1949 and again from 1964 to 1990. The first Frank Pack Distinguished Christian Scholar Lecture Program in January 2005 featured N. T. Wright, Bishop of Durham in England.

We sat down with Jennifer Smith to discuss her work, faith, and upcoming participation in the Frank Pack Distinguished Christian Scholar Lecture Program.

Dr. Smith, thank you for taking time out of your busy schedule to sit down with us.  How would you describe the relationship between your faith and your work at Pepperdine?

My faith is the architectonic structure onto which all other things are placed. I am working on a smartphone app, for example, that is based on the principle of redemptive pedagogy. Put simply, it asks the question, how can I balance both justice and mercy in the classroom? My faith, however, also guides the ways that I devote my time to our academic community. My work with the Center for Faith and Learning, where I am associate director, and my work with the University Faculty Council, where I currently serve as chair, are both part of what I see as a larger effort at creating an irenic Christian intellectual community—one predicated on a capacious hermeneutic of love. That's a technical way of saying—interpreting the words and actions of those around you with generosity and being humble in your own knowledge and conduct.

What will be the focus of your talk on March 9?

Last semester, I taught a class called "Choose your own Adventure," where I let the students choose whatever texts they wanted to read for the semester. It was a lot of fun, especially since I got to read some new things as well. One of the books that they chose and which I had never read before was John Steinbeck's East of Eden. It was a fantastic, roller-coaster of a read that got me thinking a lot about the story of Cain and Abel, which is a central element of the story. In fact, I ended up writing a fake midterm essay exam along with the students because I had so much to say about what I learned about human sin and God's love after reading it and rereading Scripture. For the Pack lecture, I plan to return to that theme and share with those who attend what it means to have God's love in the aftermath of sin and what it means to bear the mark of Cain.

I see you teach a course called "Introduction to Digital Humanities."  What can students expect to learn in this course?

This is a class that couldn't exist without the library because it takes us into Special Collections or the Digital Lab almost every other week. It is a relatively new course for the English and Digital Humanities programs that introduces students to the field of textual criticism and editing in the digital sphere. For the last four years, we've been working with the correspondence of Mrs. Margaret Brock, a key figure in the California Republican party, as well as a major supporter of Pepperdine University. Mrs. Brock left her personal papers to the University and among them include many letters between her and various Republican presidents. Every year, the students create a curated digital website where they present the letters between Mrs. Brock and one of the presidents, letters which they will have also transcribed, edited, coded, described, and contextualized. Websites for Dwight Eisenhower, Richard Nixon, and Gerald Ford have already been completed, and my students this semester are working on a website for Ronald Reagan. This work wouldn't be possible without the support of Kelsey Knox, archivist for special collections and university archives, and Gavin Do, librarian for digital publishing, curation, and conversion, who share their expertise about librarianship in addition to providing us access to the materials.

You're a favorite among librarians because you've partnered with us on so many initiatives. What has been your most memorable experience so far here at Payson?

Oh, that's easy! In Fall of 2017, the library had a wonderful, once-in-a-lifetime opportunity to borrow twenty-one manuscripts from a rare books dealer called Les Enluminures as part of a pilot program. The students in my medieval literature class ultimately chose one manuscript each to focus on for the term, and they researched and presented on them as part of their coursework. In fact, many of their posters are still hanging in our CAC hallways. It was so gratifying to see the students work with these important primary sources in sustained fashion and to support them as they made their own discoveries about the objects in front of them. Of course, I couldn't have done this without the support of the library. We were in Special Collections every week! And the best news is that the University eventually purchased two rare books from Les Enluminures, a fifteenth-century liturgical prayer book, called a breviary, and a sixteenth-century choir book.

We really appreciate your time, Dr. Smith. Everyone here at the library is looking forward to your talk!

Thank you. I’ll see you all at Stauffer Chapel on Wednesday, March 9, at 7 PM!