Archival Processing of the Leonard and Joan Starr CD Collection

After settling into my new position in fall of 2019, one of my first tasks was to get a handle on the Leonard and Joan Starr Collection of Art and Music. The collection was acquired by Pepperdine University Libraries back in 2017. The Leonard B. and Joan R. Starr Art and Music Collection contains books, music recordings, and slides collected by Dr. Starr. The books cover a wide variety of topics on art and art history, and have been catalogued by Pepperdine Libraries. The music recordings are found on both "¼" magnetic tape and commercially available CDs. The collection focuses on classical music, although it also includes global instrumental music, operas, and contemporary orchestral music.

I decided to begin with the CDs, of which Leonard collected around 4,000! Unfortunately, the CDs were not in alphabetical order so as you can imagine, putting them in alphabetical order took substantial time. If any of you have passed by the Archival Processing Room, tucked away in the back of Payson Library near the Surfboard Room, you might have noticed stacks of CDs by the window. Thanks to the efforts of my student worker, we almost finished alphabetizing the CDs just before the closure of campus. Prior to her arrival, the task fell at my door. As I embarked upon my alphabetizing quest I had no idea something from my past, other than my archival training and knowledge of the alphabet, would help me. 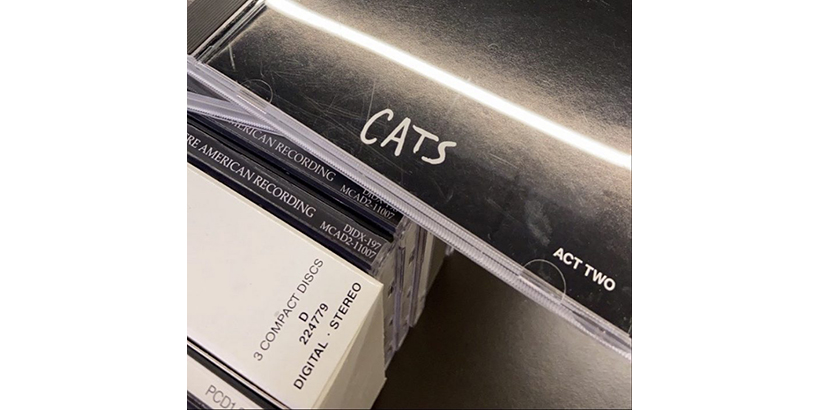 I grew up playing the violin and continued to play through my four years of high school. I started playing on a faux violin constructed of a ruler, a box of Cracker Jack, and Elmer's glue to hold it together (to learn how to hold a violin and position my fingers) and finished playing Vivaldi's Four Seasons. Although, if you asked me, I would say I definitely preferred playing pieces from Star Wars, Lord of the Rings, and Pirates of the Caribbean!

As I went through each box of jumbled CDs, I would find myself recognizing familiar names of composers whose pieces I'd played many years ago. Chopin, Mozart, Beethoven, Haydn, Tchaikovsky, and Mahler are but a few. Admittedly, I wouldn't be able to tell you the actual names of most of their pieces. But, if you played a part of one for me, I'd likely be able to identify whose it was or at least move my fingers on an imaginary fret board as if I was playing it again.

The tedious task of alphabetizing CDs became far more enjoyable thanks to my years of playing the violin. It was fun to go down memory lane and remember where I was sitting in our orchestra, who my stand partner was, where my parents were sitting in the crowd, and what style of ill-fitting tuxedo I was wearing when I played one of the pieces I pulled from another Starr CD box.

The Leonard and Joan Starr Collection of Art and Music is not entirely processed, but once it is we look forward to sharing it with interested students and researchers. For more information about Special Collections please see our website.